The Myth of European Term of Protection Harmonisation

This blog post is based on Christina’s paper, “The Myth of European Term Harmonisation – 27 Public Domains for 27 Member States”. 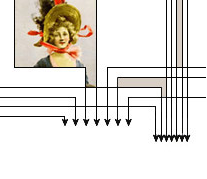 Copyright is supposed to be a temporary right: once it has expired, works automatically fall into thepublic domain for free public access and enjoyment. The importance of this arrangement is especially
essential today, in view of the opportunities that internet technologies offer for the online distribution and reuse of out-of-copyright works: electronic
repositories of culture such as Europeana, Project Gutenberg or Google Books are currently attempting to

digitise and make available online public domain works, while modern participatory culture means that even individual users can more easily share old works or incorporate them into their own creative output.
In order to assist in the making available and re-use of copyright-free works, a number of initiatives across the globe have undertaken to automate the
term calculation process through the development of public domain calculators, technical tools built to help determine when a work or other protected
subject matter has fallen into the public domain. The idea is to provide a measure of legal certainty to cultural heritage institutions, as well as the
average user, that they are not inadvertently infringing creators’ copyright, allowing them to confidently work with material for which rights have expired
and thus helping to sustain a vibrant, up-to-date and functional public domain.

part of the EuropeanaConnect project, Kennisland and the Institute for Information Law (IViR) of the University of Amsterdam set about creating one such
calculator, concentrating on the term of protection rules in Europe. With the final tool now ready and available online, below we shall lay out some of the main conclusions drawn during the building process on the
intricacies and limitations of European term of protection rules.

When does a work enter the public domain? In EU Member States, the answer to this question should at least be “at the same time” – the Term Directive, one of the first European copyright directives
adopted, was intended to leave no room for national deviations from the harmonised European norm: longer or shorter terms of protection than that
prescribed in the Directive may not be adopted by the Member States.

The Basic Principle: Not Really Very Basic at All

What is that single unified European term of protection? As is usually the case with term of protection rules, the EU Term Directive starts with a simple
core principle: the term of protection for works of copyright is 70 years after the death of the author. However, the serviceability of this ostensibly
easy rule is undermined by a complicated series of exceptions for specific categories of works. Further provisions thus govern situations where the death
of the author is impossible to ascertain or where the work doesn’t have a single identifiable human author. Special rules have been instituted with regard
to cinematographic or audiovisual works, while transitional provisions and questions of cross-border protection add complexity. Finally, the term of
protection of related and sui generis rights must also be investigated to ascertain complete rights clearance. The result is a confusing entanglement of rules and exceptions that make the confident calculation of the term of protection unexpectedly difficult.

In this, it should be noted, the Term Directive is not much different from the corresponding and equally tangled rules in most legal jurisdictions. It
is worth observing however that obscure and complicated copyright norms are ill-suited to the modern age – especially in an area that by rights ought
to require skills no greater than primary level maths. 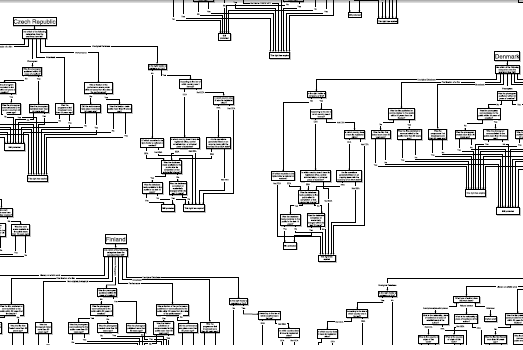 The Causes of Term Disharmonisation

But, what is more, careful examination of the rules reveals that the Directive’s desired harmonising effect has not been entirely achieved, adding an extra
level of complexity to the calculation process. Indeed, the way in which the rules laid down by the Directive have been incorporated into the pre-existing
bodies of national legislation has differed from Member State to Member State: a single rule may be applicable across the EU in theory, but will result in
drastically divergent terms of protection for the same information product depending on the jurisdiction within which protection is sought. As a result,
the composition of the public domain will differ from country to country, as works fall out of copyright on different dates in different EU Member States.
Thus, the territorial nature of copyright undercuts harmonisation efforts, while the European public domain contracts and expands along the pattern set by
national legislative quirks.

In fact, it could be argued that the current condition of European term harmonisation provides a veneer of approximation that can end up being misleading:
if the term of protection is billed as harmonised across the EU, the impression will be given that the term of protection of a work in one Member State
will be the same as in another, while in reality divergences of up to 50 years can occur! Instead, as many calculations as there are Member States will be
necessary: the preservation of national peculiarities therefore increases the complexity of the calculation process in Europe x27.

The comparative research behind the construction of the Public Domain Calculators helped identify the following main sources of legislative variability in
this area:

The term of protection is only a secondary issue in copyright law: a harmonised application of term of protection rules depends on a unified understanding
of the substantive law terminology used in their formulation – yet such an understanding is missing on both the European and the international level. The result is a fragmented conceptual framework that leads to different terms of protection for the same copyright work in different EU
Member States, depending on the classification it receives in the relevant national jurisdiction. For example, if a work qualifies as a work of joint
authorship in one jurisdiction, a collective work in another and as a collection of two or more separate work in a third, given that the term of protection
of each of these types of work is calculated according to a different rule, it will end up being protected for different periods of time depending on the
country within which protection is sought. In other words, the harmonisation of the term of protection in Europe doesn’t cut deep enough:
inconsistent substantive terminology results in inconsistent terms of protection.
The use of open-ended legal terms and unharmonised underlying rules had led to a lack of conceptual alignment of the legal definitions which preserves
inconsistencies between national norms, poking holes in the otherwise harmonised area of term calculation. The European Commission has addressed this
problem with the recent amendment of the Term Directive in September 2011 for co-authored musical works, but has left the problem in other areas looming.

Undefined legal terms are only tangential to the question of term harmonisation – of much more direct relevance are the derogations from the European norm explicitly permitted by the Term Directive itself. These occur in
three areas: transitional provisions preserving longer terms of protection already running in a Member State (of which there are plenty); moral rights, an
area generally left untouched by European legislation; and related rights over subject matter originating from outside the EU.

The Term Directive limits itself to the related rights of performers, producers of phonograms, broadcasting organisations and producers of first fixations
of films. But Member States are allowed to introduce or maintain other related rights whose term will be determined exclusively by national law, on the only condition that they be communicated to the Commission. The
Member States boast a variety of such rights including protection for non-original photographs (Austria, Denmark, Finland, Germany, Italy, Spain,
Sweden), critical and scientific publications (Estonia, Germany, Italy, Poland, Portugal, Slovenia), the typographical arrangement of a published
edition (Greece, Ireland, Spain, UK) and the protection of computer-generated works (UK). This means that a slightly different set of rights will
accumulate around information products from country to country:

for example, in the UK, in order to determine whether a book can be copied, aside from the term of protection of the text or any illustrations included,
that of the typographical arrangement will also have to be examined. In Italy on the other hand, no separate protection is afforded to book publishers, but
the expiry of protection for any non-original photographs which might serve as illustrations will have to be established.

Finally, divergences between Member State rules might simply result from the incorrect implementation of the provisions of the Term Directive into
national law.

Although this is obviously a risk run with any harmonising attempt, it should be pointed out that unclear or excessively intricate provisions will have
particular difficulty finding a uniform implementation in all of the EU’s national jurisdictions: the term of protection, with its complicated
calculations, hierarchy of rules and transitional provisions, does not lend itself to smooth transposition.

Setting aside the lack of harmonisation, it should be noted that, even if a given user has full grasp of the applicable law in all 27 EU Member States,
the chances are high that not all the information for the correct determination of the term of protection will be available. Orphan works are by
definition timeless, while also in the area of related rights it will often be very difficult for a given user to collect the necessary data. Currently
the multiple variables involved in the determination of the duration of protection make term calculation excessively complex.

Although some types of protected subject matter, such as published books and articles or born-digital works affixed with metadata, are often
accompanied by the relevant information, in others, such as analogue-era phonographs, sound recordings or unpublished works, it is not uncommon for
such data to be lacking. Libraries and other cultural institutions, collecting societies, archives, publishers, producers and copyright registries can
be useful sources of information about copyright works, but scattering among multiple bodies can make the collection of data difficult for users. The
result is calculation dead-ends, with works held in copyright limbo until enough time has passed to guarantee expiry.

The calculation of the term of protection ought to be a straightforward exercise that any copyright layperson (or at least those with enough copyright
knowledge to be able to properly identify the applicable rights) wishing to make available or re-use public domain material should be able to confidently
undertake. Yet, in the EU, this is far from the case, not least because of territoriality remnants that undermine term harmonisation. This effect was
illustrated in the Public Domain Calculators by the need for separate electronic tools, giving on occasion very different results, for each of the 30
jurisdictions covered, including the 27, ostensibly harmonised, EU Member States. The Calculators are as a result accompanied by a broad disclaimer,
explaining that they cannot replace the case-by-case assessment by a legal expert, while it is also for the above reasons that the very concept of
automated calculation is warily approached by copyright experts. But the
problem lies not with the idea of electronic term of protection calculation in itself, but with outdated, badly harmonised and obscure rules that

fail to live up to the requirements of the internet era, thus hampering end-users and cultural heritage organisations from taking full avail of the new
opportunities now technically available.

Certainly, the full harmonisation (unification) of European rules on the term of protection would not do away with the difficulties created by the current,
particularly convoluted, calculation process – but it would go a very long way towards simplifying the requirements for rights clearance across the EU
by replacing 27 sets of complicated rules with one.

This blog post is based on the following academic article:

Christina Angelopoulos has also written in more detail about the European rules on the term of protection in:
”

Determining the Term of Protection for Films: When Does a Film Fall into the Public Domain in Europe?

Readers are invited to give feedback on the Public Domain Calculator on the OpenGLAM list
.