The New York Public Library has just released a great set of over 20.000 historical maps, in high-resolution, under a Creative Commons CC0 Public Domain license. This means that anyone can download them for free and reuse them in any way they want. The collection contains maps from the 16th to 19th century, mainly from the United States and New York of course, but also from other countries. 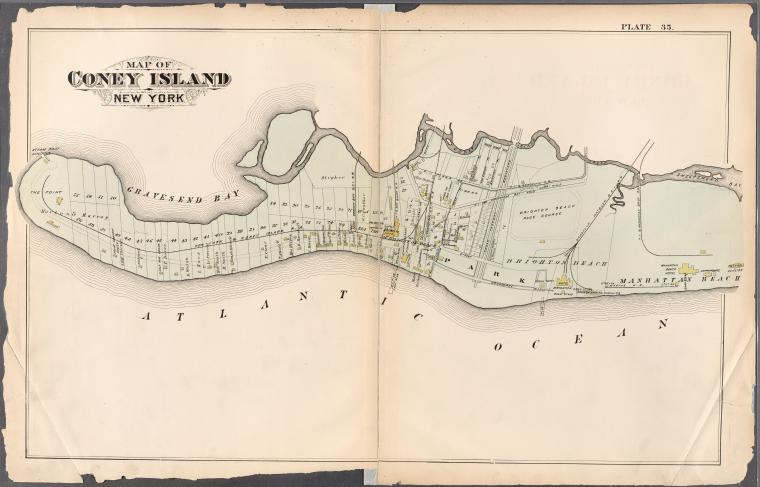 Map of Coney Island, New York, from Atlas of the entire city of Brooklyn, complete in one volume. From actual surveys and official records by G. W. Bromley & Co. 1880

The maps can be viewed through the New York Public Library’s Digital Collections page. Through this website, NYPL also offers the Map Warper, an open source tool which digitally aligns historical maps with current maps (see their tutorial video below).

You can find more information about the maps in this press release: the collection has also been added to our overview of Open Collections. NYPL looks forward to seeing these maps in works of art, historical publications, movies, archaeological reports, novels, environmental remediation efforts, urban planning studies and more – all of which is now greatly facilitated by choosing this type of open licensing.

UPDATE: Also, check out The Public Domain Review‘s highlights from the collection, focusing on images of New York City. They’ve also turned one of them into a giant poster!