EC reports on digitisation in Europe

In early October the European Commission published two reports on the current state of digitisation of cultural heritage material in Europe: one report addresses progress in the area of digitisation and online accessibility of cultural material and digital preservation, while the other looks more specifically at the situation around European film heritage in the digital era. Both reports conclude that although more cultural content has been made available online in recent years, there is still a lot of work to be done.

The Report on Digitisation, Online Accessibility and Digital Preservation of Cultural Material reviews and assesses the overall progress 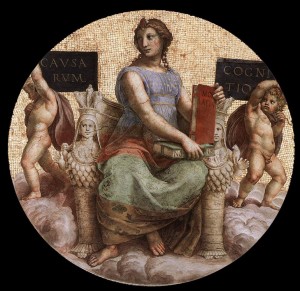 achieved in implementing the EC Recommendation of 27 October 2011 (2011/711/EU), which asked EU Member States to step up their
digitisation efforts and increase online accessibility of European cultural heritage. The digitised material should be made more widely available through Europeana, Europe’s digital library, archive and museum.

Most noteworthy for OpenGLAM is the EC stating in the executive summary that for the promotion of new ways of expanding access to and re-use of cultural heritage through the use of digital platforms, it is essential to ensure wide availability of the digitised materials in open platforms, with appropriate quality, resolution and interoperability features.

Although web visibility of cultural content has increased through reduction of watermarking or visual protection measures and wider use of open formats or social media, digitisation still remains a challenge, with only a fraction of Europe’s collections digitised so far (around 12% on average for libraries and less than 3% for films).

An important area of concern is digitised public domain material: often access to this material is obstructed by intrusive watermarking, low resolution or visual protection measures, and its re-use limited by the prohibition of reproduction or use of such materials for other than non-commercial purposes. The Rijksmuseum is highlighted as one of the institutions showing the way forward, by having widely opened up their digitised public domain material in high resolution format for free reuse. Other examples mentioned are:

Europeana managed to reach its overall collection target of 30 million objects set out in the Recommendation ahead of the 2015 deadline, with a current total of over 33 million. However, still underrepresented are copyrighted material and audiovisual material. This is partly because of the complexity and costs involved in clearing rights for the digitisation and partly because of the lacking online accessibility of those materials. Also premium content from mainstream cultural institutions (including masterpieces of leading European museums) is not always present.

The second report, Film Heritage in the EU also mentions the high cost and complexity of copyright clearance as one of the main barriers to film digitisation and online access, together with lack of funding. Although online access to film heritage collections for non-commercial purposes has increased in the last years, it is still very small.

There is some work to be done in the next few years to improve the situation: the OpenGLAM network aims to contribute to a wider adoption of open licensing policies by cultural institutions in the future by showcasing the value of institutions opening up their collections and helping those interested in opening up their material through workshops, documentation and guidance on open cultural data.

The full press release of the European Commission is available here. The publication of both reports coincided with the Athena Plus conference on the reuse of digital cultural content in education, tourism and leisure: more information on this event is available from this webpage.