During the next two months, The Dowse Art Museum in New Zealand will be running a new Wikipedia project designed to increase the profile of New Zealand craft artists and history. In this guest blogpost, director Courtney Johnston shares more information on this project and why Wikipedia is so important for museums.

Contemporary research into any topic begins today on the internet. However, when searching for information about New Zealand craft artists – historical and contemporary – online researchers are likely to be met by a gaping hole rather a wealth of information.
I’m delighted to announce that The Dowse Art Museum, with financial support from Ngā Taonga a Hine-te-iwa-iwa A Treasury of New Zealand Craft Resources, is addressing this problem with an innovative Wikipedia project. The core aim of the project is to increase the amount of accurate and up to date information about New Zealand craft artists available online.

In the next two months we are employing two Wikipedia researchers who will research and write entries for approximately 100 New Zealand craft and applied art practitioners. Our Wikipedia researchers will also identify and copyright clear and digitise primary resource material (e.g. book chapters, exhibition catalogues and journal articles) to support the entries. 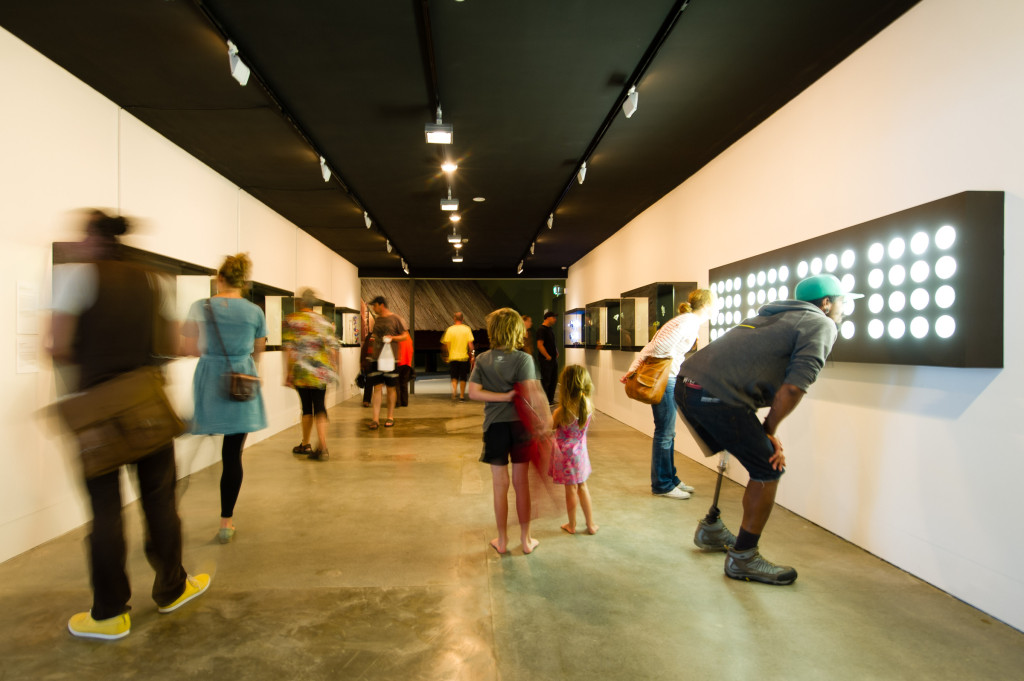 Since launching in 2001, Wikipedia has become the starting point for almost anyone with an internet connection and a research question. Museums have recognised that Wikipedia is now an important discovery place for their collections, their history, and information about artists they represent.

This recognition comes in many forms. For example, a number of institutions from around the world – from the British Museum to the Palace of Versailles to the Derby Museum and Art Gallery – have hosted a ‘Wikipedian in Residence’ in which a researcher familiar with Wikipedia is hosted by the institution to create entries, release material under open licences, and raise interest in the institution amongst Wikipedia contributors and users.

The Brooklyn Museum is regarded as a world-leader among cultural institutions harnessing the power of Wikipedia’s strong community of writers and editors and vast audience of readers and researchers. For example, in 2010 the Museum opted instead of printing a traditional catalogue to accompany the exhibition Seductive Subversion, curated to bring attention to lesser-known female Pop artists, to invest their energy in writing Wikipedia pages for each artist.

Preliminary research by Museum staff showed that these artists were very under-represented on Wikipedia. They argued “To get the research into the hands of the biggest audience possible, updating Wikipedia made the most sense. After all, more people go there for information than any other source, so why not take the information we have and make a contribution where it will count?”

We have identified that there is a paucity of information about New Zealand craft artists – historical and contemporary – online. A quick Wikipedia search reveals no entries for established artists such as Warwick Freeman, John Edgar, Alan Preston, Emma Camden, Donn Salt, Gordon Crook, or Malcolm Harrison. Others such as Ilse von Randow, Patricia Perrin, Dame Rangimarie Hetet and Ida Mary Lough have ‘stub’ entries – a sentence or two drawn from official sources. These are significant figures in our cultural history and while there is information about all scattered around the web, no central collating point.

One option for improving this lack of information would have been for us to write and add these biographies to The Dowse’s website. However, I see four advantages to using Wikipedia:

We want to get as much value as possible out of the funding Ngā Taonga a Hine-te-iwa-iwa have generously provided. This is what we’re aiming for with this project:

The Dowse has partnered with Ngā Taonga a Hine-te-iwa-iwa on this project. Apart from Dowse staff members being involved in the project, we’re reaching out into the New Zealand Wikipedia and international GLAMs (galleries, libraries, archives and museums) Wikipedia community to provide mentors for our two dedicated Wikipedia researchers. This has also started with them attending a NDF workshop on Wikipedia last week.

An advisory group has been formed to review the list of artists to be profiled and help build understanding of the project and connections with artists and research resources. The advisory group includes representatives from Ngā Taonga a Hine-te-iwa-iwa, Toi Māori, Auckland Museum, Te Papa, and Objectspace.

Digital New Zealand (a collaborative project run by the National Library of New Zealand to support the availability and use of New Zealand digital content, with a special emphasis on culture and heritage) will help us to make digitised material available through their Shared Research Repository.

We are treating this as an open project, and we plan to blog about the process and share information such as the budget for various aspects of the work transparently. This is being done in hopes that other institutions and sectors could pick up our project as a model and either finance the creation of another group of entries, or use it to profile another group of makers (such as design, photography, music or architecture).

This is very much a project under development. We are currently collating basic biographical information and references for about 70 artists, from a long list of nearly 300 names. The first thing we need to nut out is Wikipedia’s standard around “notability” and making sure the entries we put up meet it. This means a lot of research online and through our (luckily quite extensive) collection of craft books, catalogues and serials.

We know we will learn a great deal, and hope to pass it on to all those interested in running or contributing to similar projects. Let us know if you have any questions – you can find more information on the project and post your comments through this extended blogpost on The Dowse Art Museum website.