On the 18th and 19th of April, Timisoara hosted the first Romanian Open Culture Hackathon.  In this blog, Silviu Vert (Smart City Association Politehnica University Timisoara and Open Knowledge ambassador for Romania) reports on the the main applications that were developed during this event.

On the 18th and 19th of April, almost 30 hackers, graphic designers, artists and representatives of cultural institutions worked about 15 hours to develop 4 applications that promote local and national artworks. Monuments, postcards, paintings, portraits of the royal family that can usually be found on museums’ or archives’ websites can be soon downloaded on mobile devices. 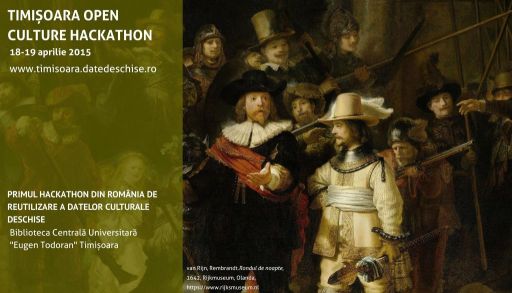 Timisoara City Art is a mobile application that helps both residents and tourists to explore Timisoara’s public space monuments. The app has multiple functionalities, such as the possibility to identify on the map where the monuments are located, the distance and the means of transport that takes you there. It also allows users- art consumers to find out information about the sculpture or the building through augmented reality. 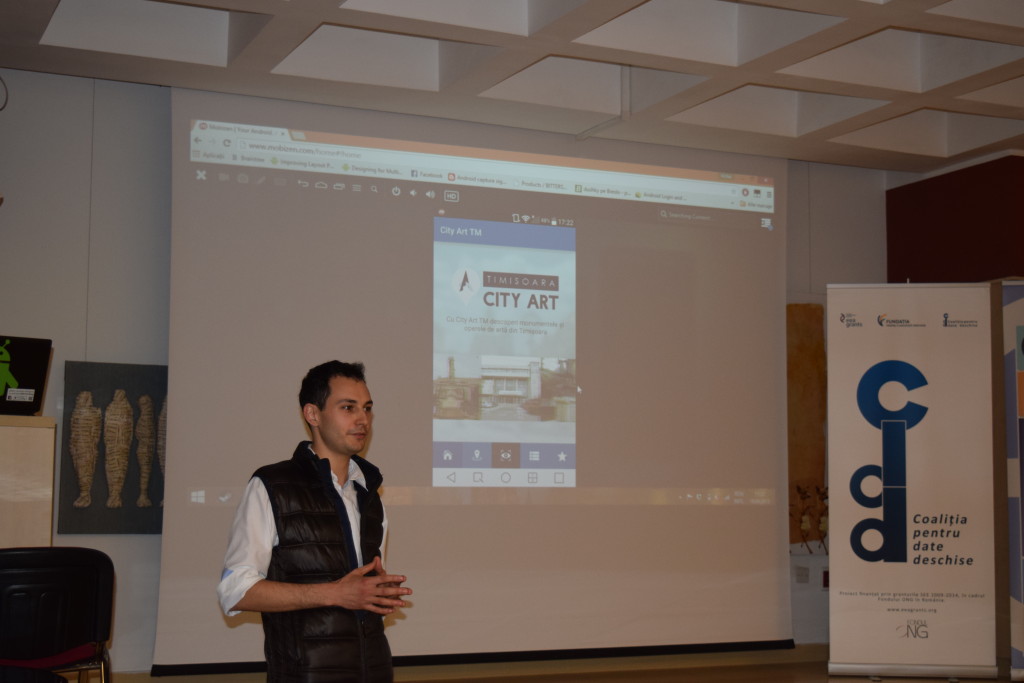 Open MarT is an alternative website for the Museum of Art from Timisoara. Besides the online exposure of works of art owned by the museum, the platform offers information about 50 paintings, allowing virtual visitors to comment on the works and to find out masterpieces using a keyword-based search engine. Thus, the website changes the culture of dialogue between the public and the museum. 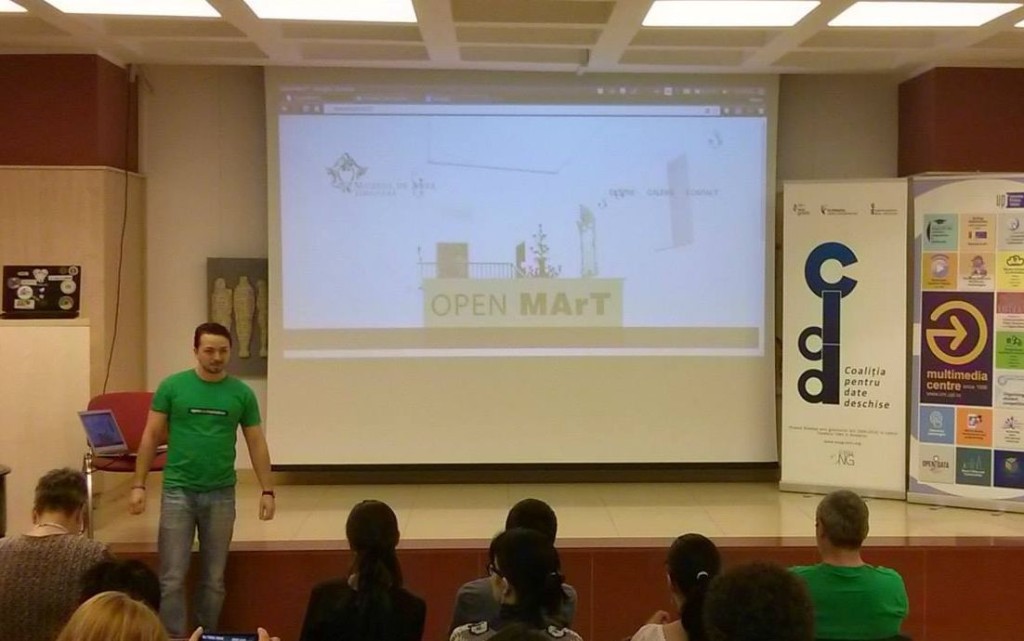 My Postcard links postcards from twenty century Bucharest, provided by The National Museum of Art of Romania and pictures from nowadays. Users can locate on the map the buildings caught in the postcards and what have they been replaced with. The platform testifies the changes in the city’s architecture and urban planning. 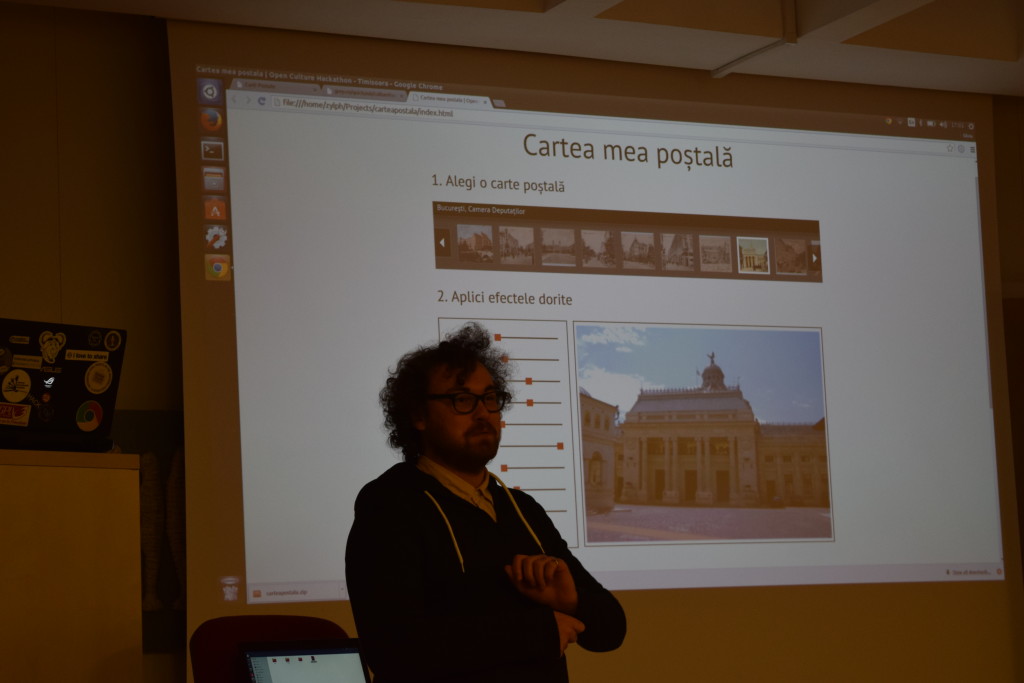 The Royal Album is a gallery of portraits of the Romanian Royal Family, turned into a platform that allows users to identify the members of the Royal Family and to discover personality treats that made them famous. 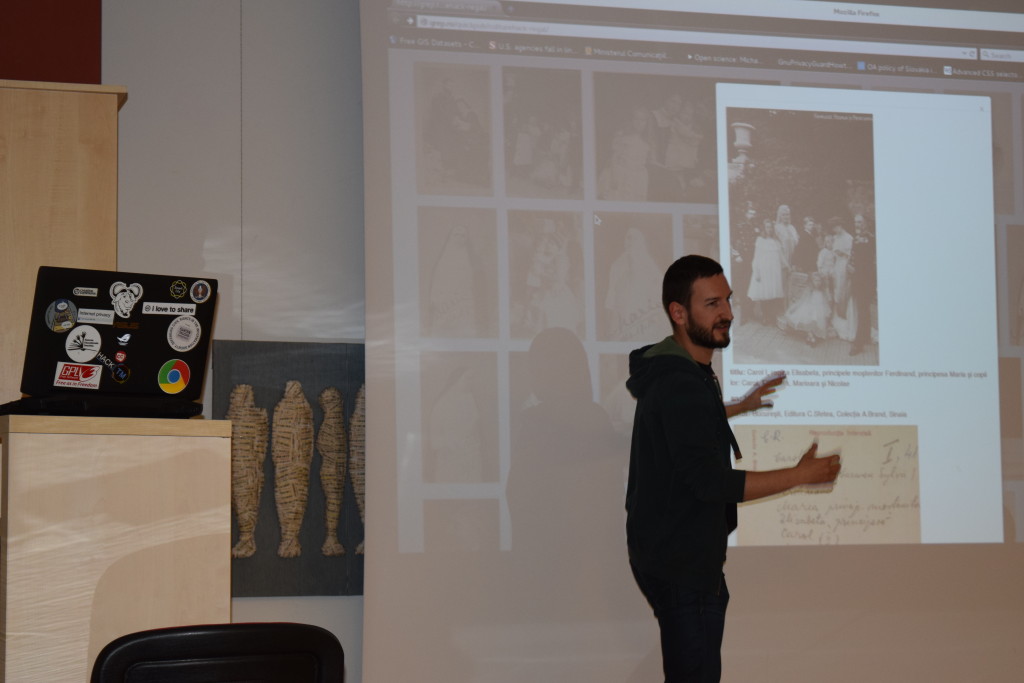