The cultural sector increasingly makes its collections available as open data and open content. These types of initiatives bring along the growing need of measuring their impact. On either a national or international level, there currently is no single body that tracks this type of data across collections. In 2014, the Open Culture Data network therefore started an exploratory research project on the (im-)possibilities of measuring the impact of open cultural data. The project was called GLAMetrics – metrics for gallery, library, archive and museum collections. 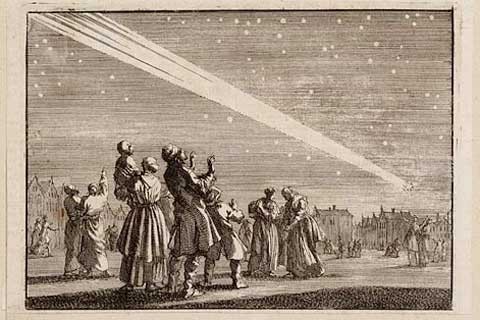 This initiative meant the beginning of a quantitative analysis of the consequences of opening cultural data – an evolution that affects the entire sector, both nationally and on an international level. This blog post presents the initial outcomes of our research into the reach and reuse of culture heritage from The Netherlands through Wikimedia projects.

Thirty representatives from institutions in the network filled out this survey. Eleven respondents currently have one or multiple open culture data sets on Wikimedia. Three institutions indicated they’re currently working on their first publication.

Subsequentially, we collaborated with Wikimedia Netherlands to complete, as far as possible, the overview of Dutch cultural institutions on Wikimedia.

Wikimedia offers various publicly available instruments to gather data on the reach and reuse of materials within the various Wikimedia projects. From November 2014 onwards, Open Culture Data has applied these measurement instruments for Dutch institutions on Wikimedia Commons. More specifically, we used the tools BaGLAMa 2 and GLAMorous, both created by Magnus Manske.

As a sidenote to these instruments: Wikimedia doesn’t currently measure mobile traffic well. Wikimedia also doesn’t discern between page consultations by visitors or by machines – such as search engines that perform indexing. According to estimates this constitutes up to 15% of all traffic. Also, Open Culture Data was not able to de-duplicate Wikimedia project pages that use materials from more than one institution. Our assumption is that these two deviations cancel each other out and result in the numbers not being lower than what’s mentioned below. It is our expectation that Wikimedia will share more data about reach and reuse in the future, such as anonimised data about user behaviour on the pages that use Dutch heritage content. This would give us a better insight into how much time and attention users spend on consulting specific heritage objects.

From November 2014 onwards (the moment we started recording data) there were 23 Dutch heritage institutions who provided one or multiple collections for reuse in Wikimedia projects by publishing them on Wikimedia Commons.

Some institutions have had a presence on Wikimedia for only a few months: the Catharijneconvent museum joined in February as the 24th institution and the Textielmuseum in April as the 25th. At the same time, the first Dutch institution on Wikimedia Commons, the Tropenmuseum, has been providing content for reuse for more than 56 months.

Thanks to GLAMetrics we now know quite a bit more about the reach and reuse of these materials:

For the entire measurement period, Wikimedia also offers data about the number of consultations for the pages that contain selected objects. Although not each and every Dutch heritage collection has been measured from its point of origin onwards (the difference ranges from just a few to an impressive 56 months), the outcome already is quite impressive: pages reusing Dutch digital heritage have been consulted 1.9 billion times in total!

Around 7% of the total combined total of Dutch digital heritage objects on Wikipedia is currently being used on one or several Wikimedia project pages. Based on the assembled data we can pronounce a few preliminary statements for institutions that are considering opening up (part of) their collections via Wikimedia Commons.

As a follow-up on this first blog post, we intend to give quarterly updates on how the reach and reuse of Dutch cultural heritage materials on the various Wikimedia projects develops. We also hope to present increasingly broad outcomes as we gather more data along the way.

We’ll investigate if we can gather data from older collections on Wikimedia retroactively to identify developments on the middle and long term. We also aim to compare the use on different Wikipedia language versions and other Wikimedia projects and to measure what percentage of the totality of Wikipedia is being enriched with Dutch digital heritage. Finally, we aim to study the influence of activities around content donations or heritage institutions to Wikimedia on reuse (as, for instance, organising edit-a-thons).

In accordance with Open Culture Data’s vision, all the data assembled for this investigation have been made available for reuse under a CC-0 license.

We are highly interested to hear your feedback, suggestions or further analyses!

This post originally appeared on the Open Cultuur Data blog in Dutch and was translated to English by Erwin Verbruggen.

For more info about the Open Culture Data initiative, see: