The Quirky, the Artful, and the Unexpected: Historic Photographs of Life in Australia

Dr Elycia J Wallis, Manager of Online Collections at Museum Victoria, presents a few fascinating glimpses of late-19th- and early-20th-century Australia, and the photographers who documented its inhabitants.

Museum Victoria is a multidisciplinary museum in Melbourne Australia, holding collections of natural sciences including palaeontology and geology, as well as collections across the humanities including Australian indigenous cultures. In August 2015, Museum Victoria released its newly rebuilt collections online site.This site provides access to over 1.15 million collection records across a breadth of disciplines. It also includes articles written by curators, honorary fellows, and students about the collections more broadly, as well as profiles about species written by the sciences staff.

The aim of the site is to provide ways to delve into Museum Victoria’s multidisciplinary collections without having to understand how they are arranged. A search for the quintessentially Australian kangaroo, for example, reveals kangaroo toys, stamps depicting kangaroos, badges, medals, certificates, coins, photographs as well as specimens of kangaroos. A number of scientific specimens were found at Kangaroo Island and these appear as well. The site is deliberately designed to promote serendipity in discovery. 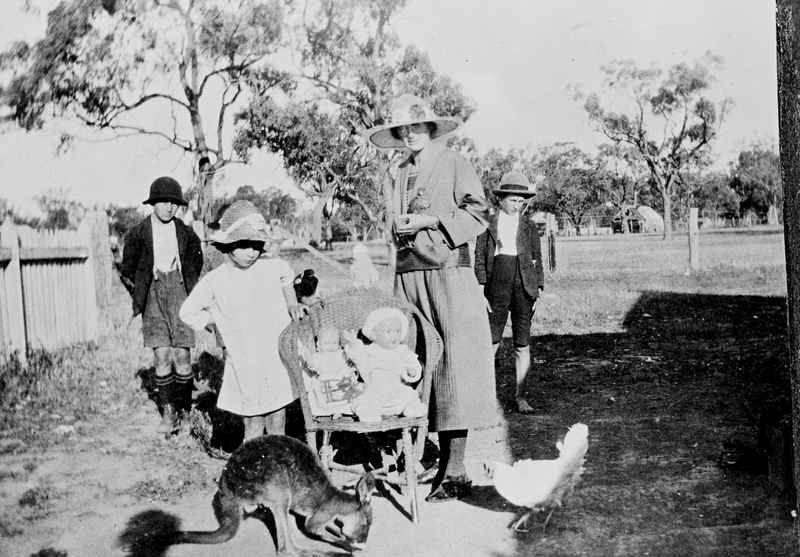 A search for kangaroo in Museum Victoria Collections returns a wide variety of results. This photograph was taken in the Euston district, New South Wales in 1921. A kangaroo, magpie and galah are all shown – Source.

Several years of concentrated effort have gone into assessing the rights status of images in the site, with the aim of having all content as open as possible. This includes cataloguing data, authored text and rights on images , video and sounds. The result is that 86,000 plus images assessed as copyright Museum Victoria and have been released with a Creative Commons attribution license. The vast majority of these have been taken by photographers employed by the Museum. In addition, over 33,000 images on the site are released with a Public Domain dedication, many of them from Museum Victoria’s photographic and Scientific Art and Illustration collections. Use the Image Licence filter on the Search Results page to narrow a result set according to the licence of the images associated with each record.

One of the significant collections of photographs is from AJ Campbell, ornithologist, naturalist and keen photographer. 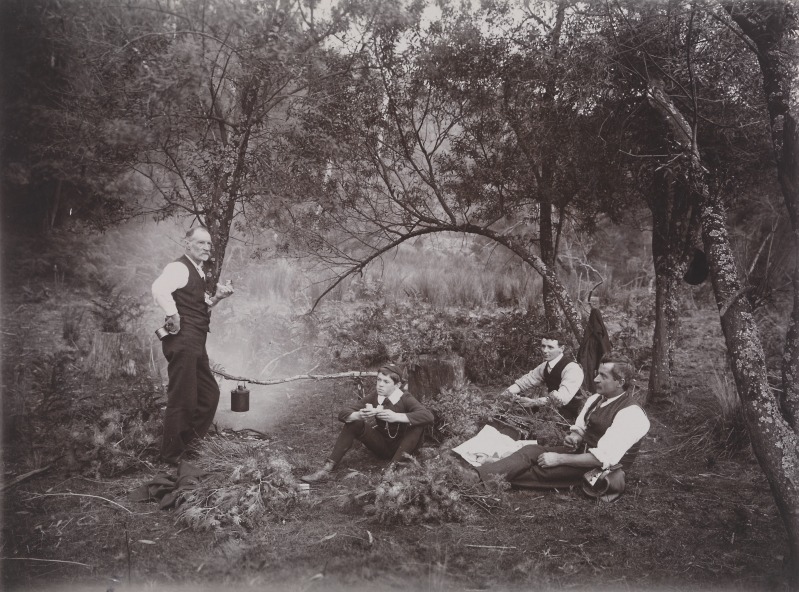 A.J. Campbell travelled extensively throughout Australia, sighting and photographing birds and collecting their eggs for scientific study. He was an active member of the Field Naturalists Club of Victoria and was instrumental in founding the (Royal) Australasian Ornithologist’s Union. He also founded the Bird Observers Club. His photography extended from bird eggs and nests, live birds, through to more quirky pictures of rural life in turn-of-the-century Australia. 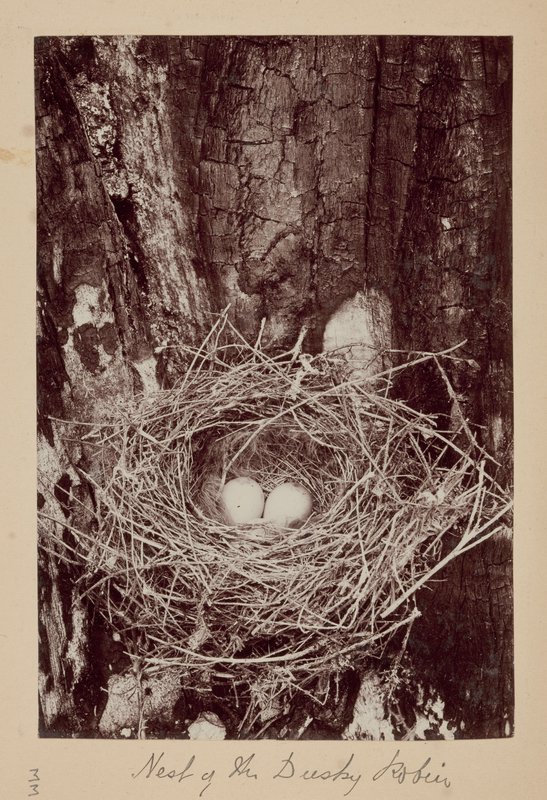 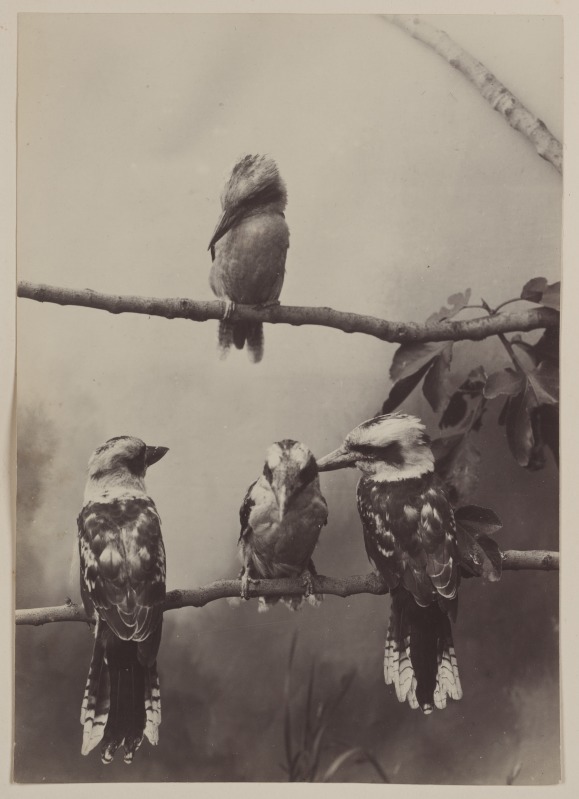 Kookaburras sitting on a branch, titled “Our Jacks, Another” by A.J. Campbell circa 1895 – Source. 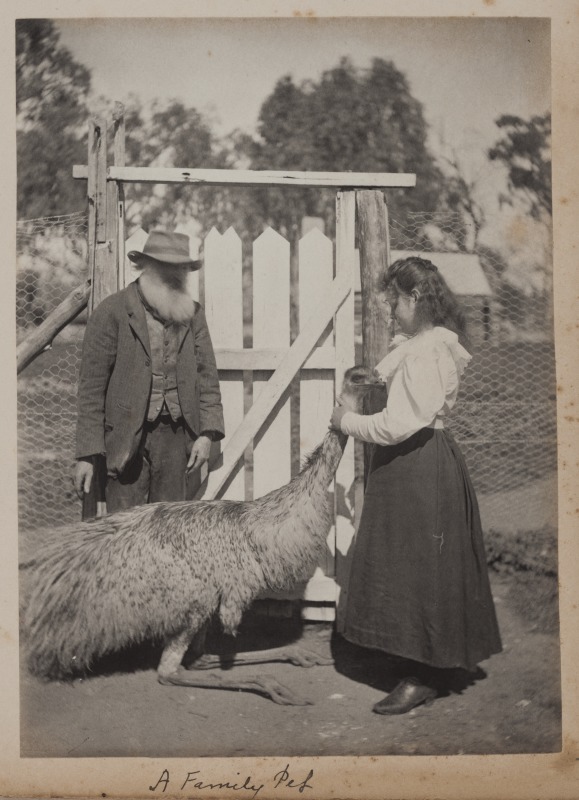 Campbell was also very interested in Australian flora, and particularly in Acacia. He founded the Victorian Wattle Club and promoted the 1st of September as Wattle Day. He was also inspired to photograph wattles, using his daughters as classic portrait subjects. He published a collection of these photographs in a book in 1921, Golden Wattle: Our National Floral Emblem 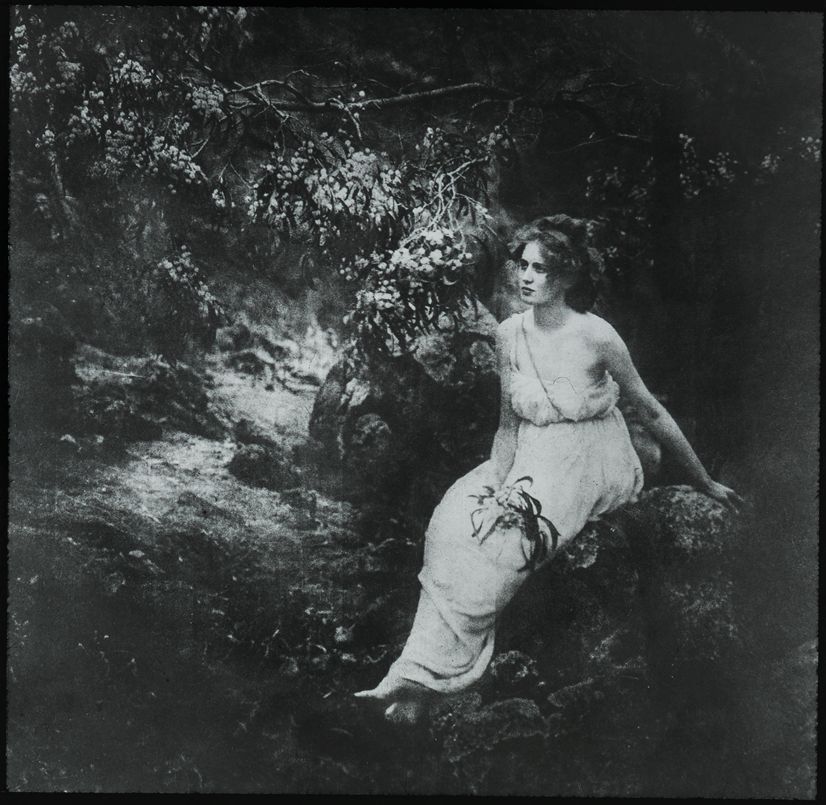 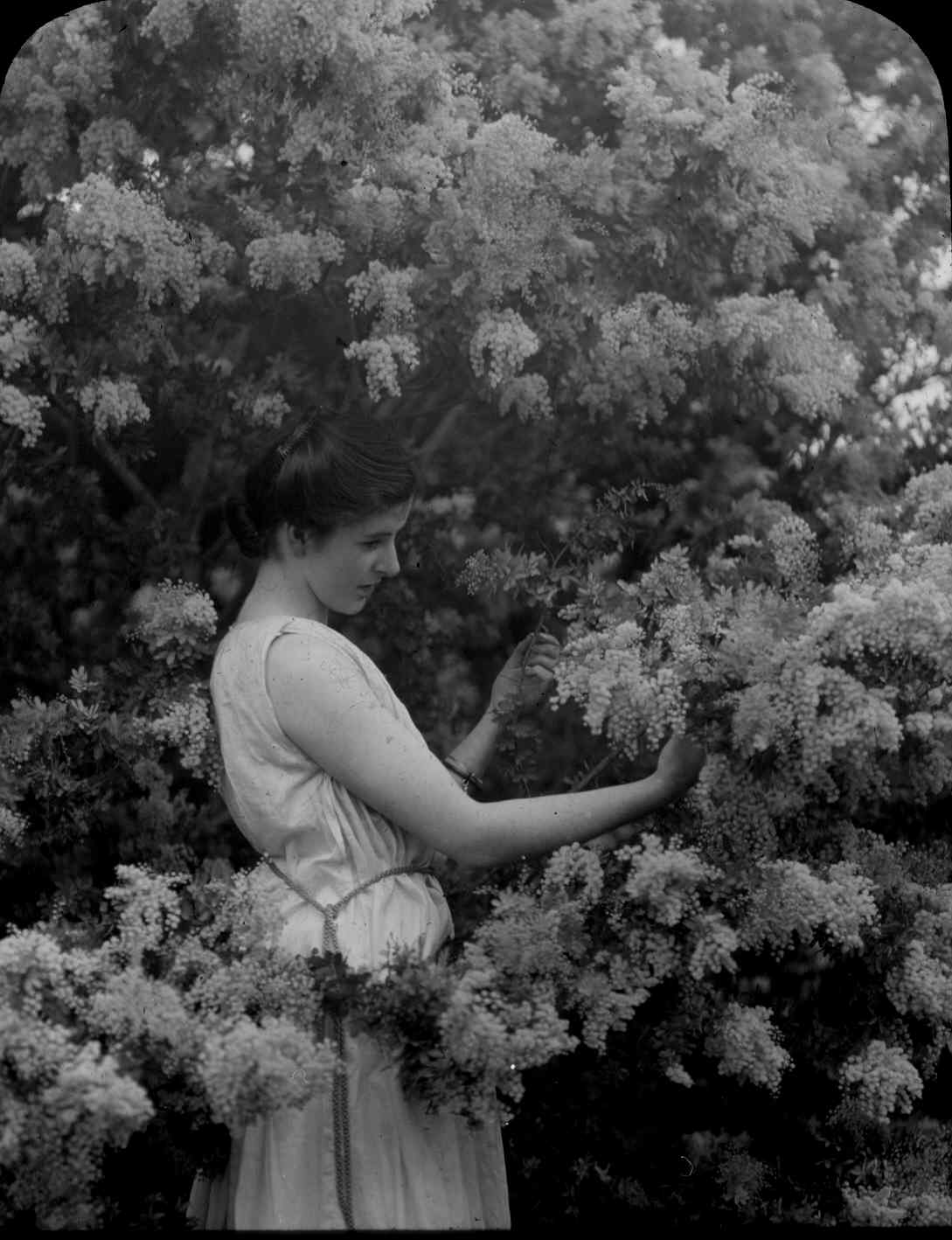 Other plants were also photographed with the addition of a ‘figure’ to enliven them. Morning flower is the name of the plant but the caption provides a hint of a double meaning to the image. 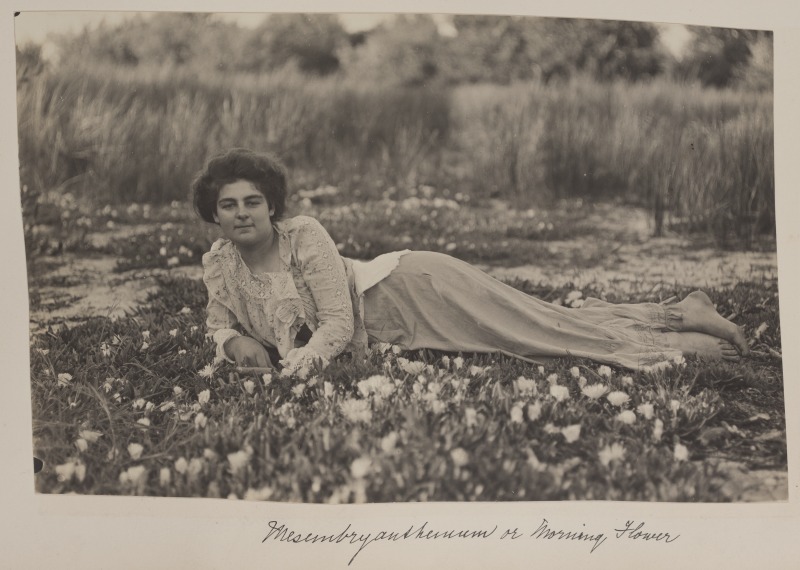 Mesembryanthemum or Morning Flower by A.J. Campbell circa 1895 – Source.

Depictions of life in the late 1800s and early 1900s was another fascination and now provides a rich glimpse into fashions of the time, campcraft, and the challenges of travel or settlement. 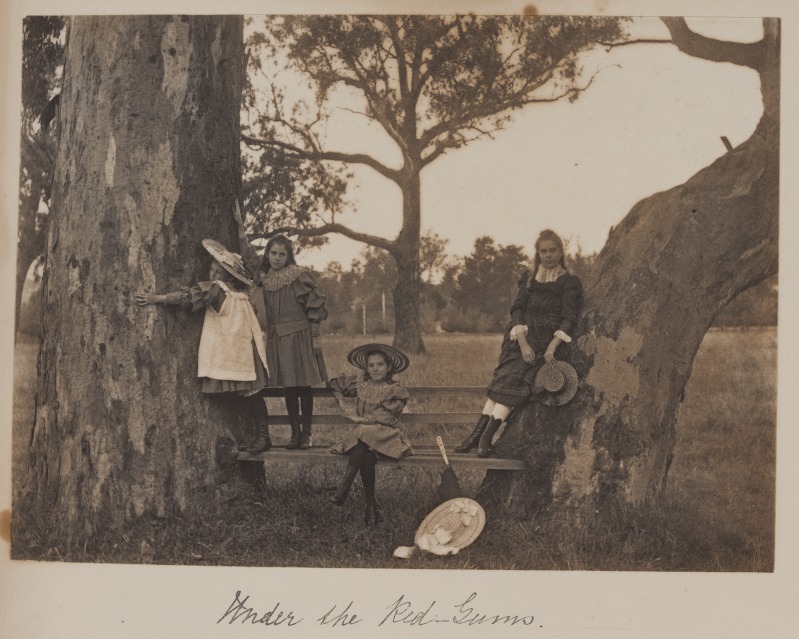 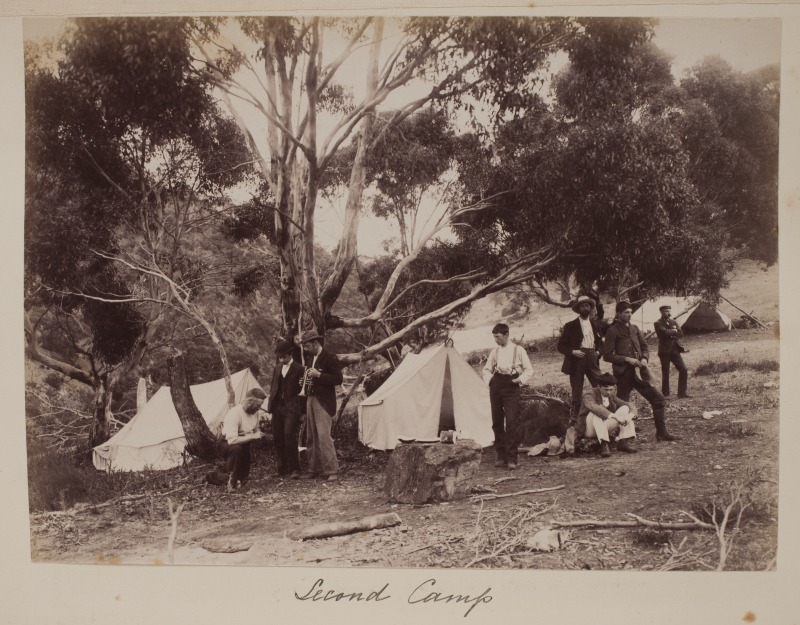 A.J. Campbell is by no means the only historic photographer represented in the collection, nor the only one to be interested in depicting life in Australia. Another photographer whose work is included is William (Bill) Boyd. Strange wildlife could become pets, no doubt to the amusement or incredulity of relatives in other far away places. 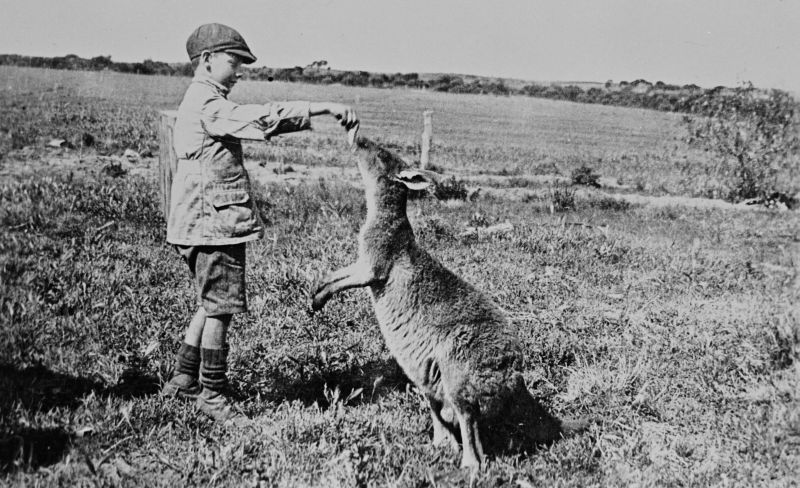 Strange wildlife could even be found in stranger poses. 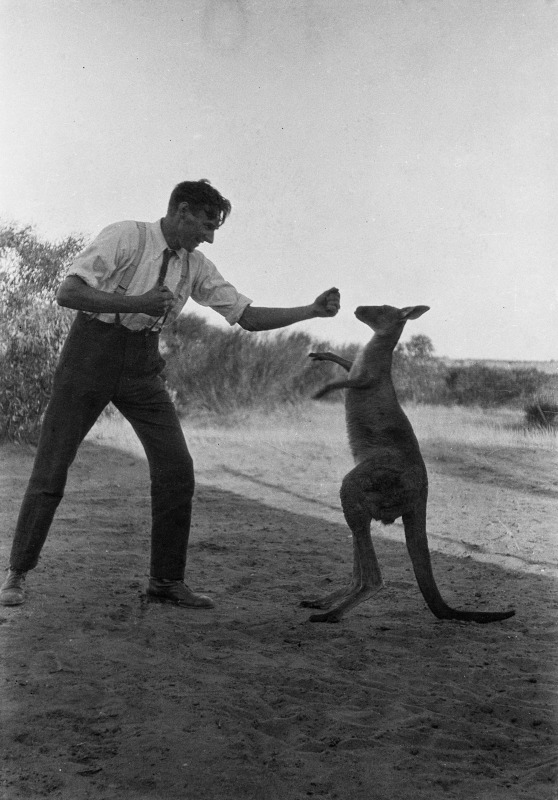 There are photographs of cheeky children, extraordinary wildlife, and the Australian environment and people to be found in Museum Victoria’s collections. It’s a rich resource just waiting to be explored. 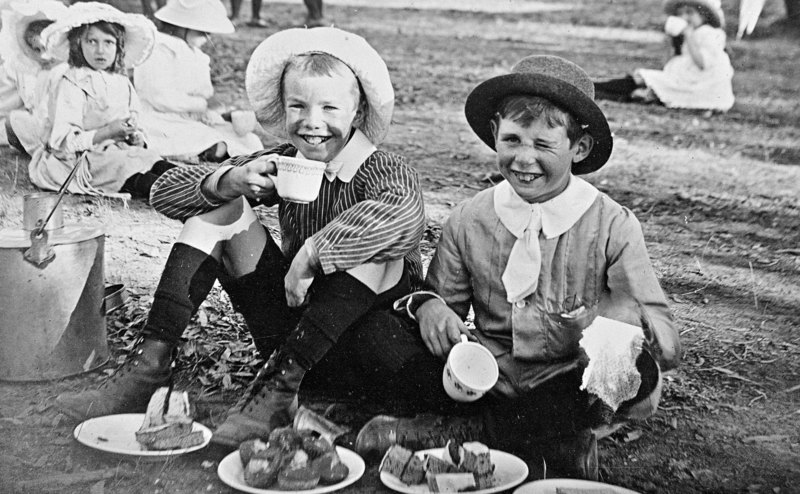 Dr Elycia Wallis is the Manager of Online Collections at Museum Victoria in Melbourne, Australia. In this role, she is responsible for making the collections publicly available through websites, aggregators, apps or any other digital means. She has a PhD in Zoology and a Masters in Knowledge Management. She is also the current Chair of the Global Coordinating Committee of the Biodiversity Heritage Library.