This blog post was written by Chris Woolfrey, Editor of Right to Copy. You can fund Right to Copy on Kickstarter.

In 2007 the novelist Jonathan Lethem wrote “The Ecstasy of Influence” for Harper’s Magazine. In it, Lethem argues that all art by necessity connects with other art: that open lines of communication are built into the creative process and into artworks themselves.

In other words, that an artist can’t help but connect his or her work to existing things, and at the same time lay the ground for others to connect with his or her own. Discussing the connection of ideas across hundreds of years, he writes:

… consider the remarkable series of “plagiarisms” that links Ovid’s “Pyramus and Thisbe” with Shakespeare’s Romeo and Juliet and Leonard Bernstein’s West Side Story, or Shakespeare’s description of Cleopatra, copied nearly verbatim from Plutarch’s life of Mark Antony and also later nicked by T. S. Eliot for The Waste Land. If these are examples of plagiarism, then we want more plagiarism.

In so writing, Lethem put eloquently something I had for a long time felt but couldn’t articulate: that sharing ideas and drawing on the ideas of others isn’t always an ideological choice. It happens without us even thinking about it.

That was the impetus for creating Right to Copy, a magazine discussing the relationship between copyright and art, and promoting a belief in the open communication of ideas. My thinking was this: if Lethem is right (and I believe that he is), then why is it that we close artworks off with stringent copyright laws? 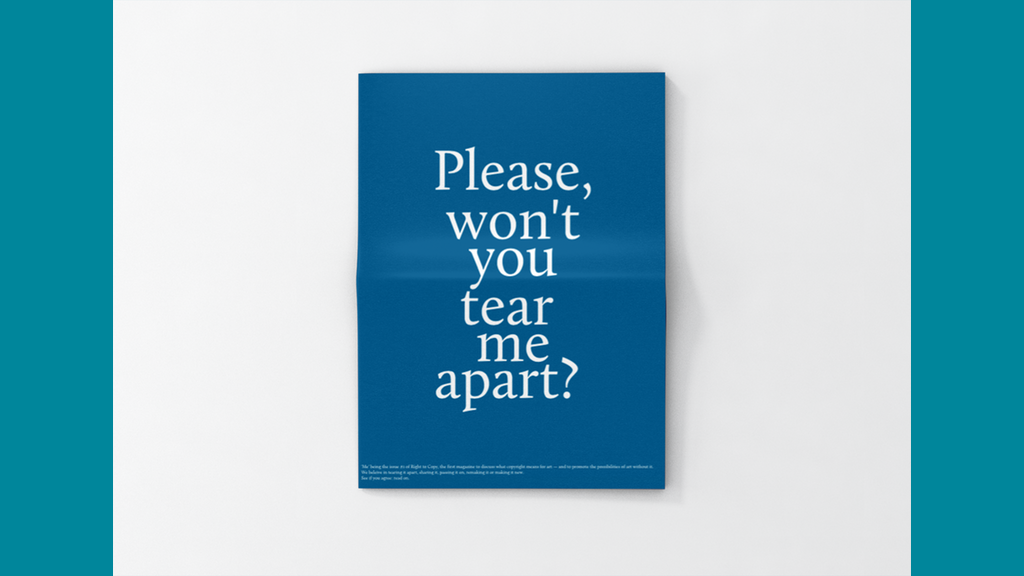 For me, doing so only makes it harder for people to do what they’re doing without even meaning to: creating something – from music and film to writing, painting, video games and fashion – that naturally affects everything around it.

Though I’m probably in favour of some form of copyright law, I agree with Lawrence Lessig and the like that the current system is broken and wildly out of control. I won’t repeat those arguments here, because they’ve been better made by others – including Cory Doctorow, in Right to Copy’s first issue – but it’s clear to me that something should change, and that artists and their audiences should be talking about it. 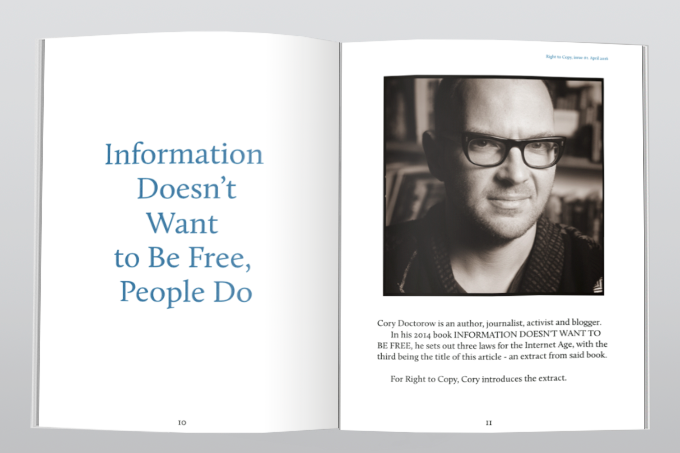 Right to Copy will provide a forum for that discussion, and it will make clear that the discussion doesn’t begin and end with the law. Indeed, it will argue that how the law permeates in popular culture is much more important.

To that end, it’ll look at what an author is, and why we think authors are important; it’ll consider why originality is such a sought after thing, and how far it can really be achieved; and it’ll wonder why the kinds of discussions orchestrated by
Open Knowledge International happen in certain fields – data, software, publishing itself – but not so much in the arts and the way we discuss the arts.

And they need to happen in the arts. Mass media have always had a community element to them; it’s imperative that we not only protect that but strengthen and extend it. It’s my hope that, in publishing a magazine under an open copyright license – and more importantly, discussing issues and concepts that really matter to people – I can help in my small way to spread the word, and to bring others into the conversation and therefore empower them.

It might be grandiose and it might not work: but if there’s an audience for the magazine then it means that there might be an audience for a different kind of art. In that sense, Right to Copy is a case study; and one that is gathering support already. 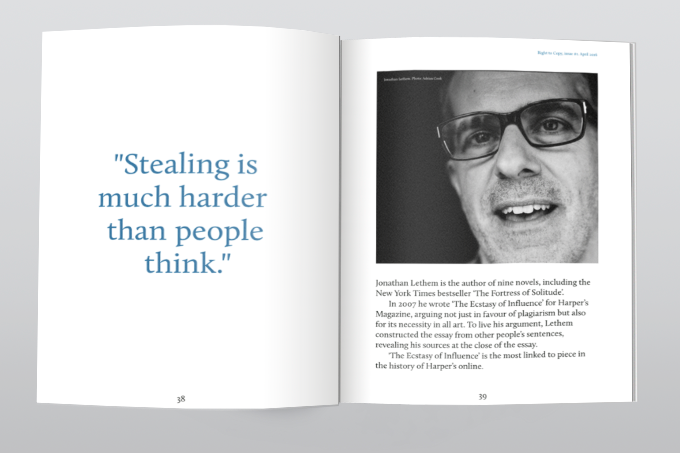