The ESpace Project aims to create new opportunities for employment and economic growth within the creative industries sector based on Europe’s rich digital cultural resources including Europeana. 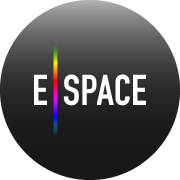 As is naturally the case when looking at reuse of content, IPR and copyright issues are at the forefront of the minds of many involved. The IPR workshop was an opportunity to begin to explore some of the issues that are likely to arise during the project as pilots and tools are developed and as open content is monetised.

After Project Manager Tim Hammerton had introduced us to Coventry, with tales of Lady Godiva, peeping Tom and bombed cathedrals, Project Co-ordinator Sarah Whatley from Coventry University officially opened up the event. She highlighted that the ESpace Project brings together 29 partners from 13 European countries representing research groups, artists, broadcasters, cultural institutions, museums, collections, SMEs, technology companies and more, to develop best practice with using digital tools to enrich users’ experience of, and engagement with, Europe’s cultural heritage. The 6 pilots from the project (Europeana TV, Photography, Dance, Games, Open and Hybrid Publishing, Museums) have now begun development and dates for the forthcoming series of hackathons are emerging (the TV hackathon takes place in early May 2015 in Amsterdam). 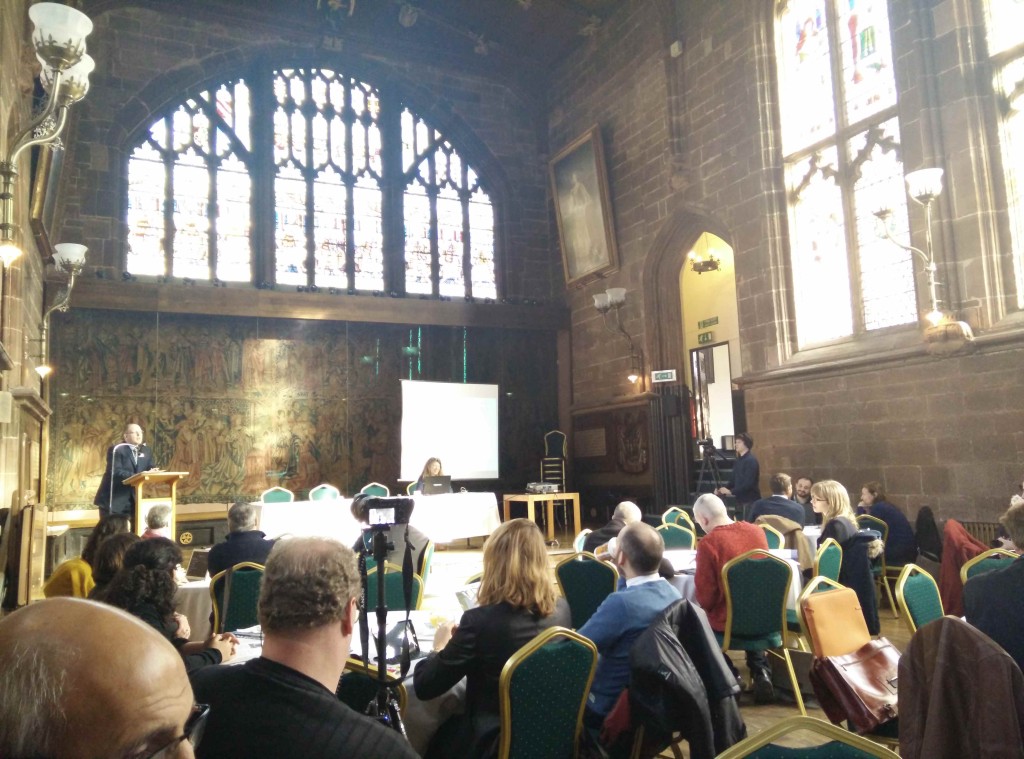 The first module of the day “beyond the question of All or Some Rights Reserved – Identifying Rights Clearance and Hybrid Licensing Models for the Creative Industries” was led by Prodromos Tsiavos from LSE, PostScriptum and Associate at Avgerinos and Partners Law Firm. Prodromos gave a highly comprehensive overview of how IPR exploitation works for those wanting to use open content: covering licensing, orphan works and the chains of activities involved. He used the Greek Parthenon Frieze which forms part of the Elgin Marbles as an example. Officially people can’t take pictures of the frieze without agreement from government. However this has to be weighed up alongside a need to encourage interest in the frieze and highlight current ownership struggles. Prodromos explained that “you increase ‘value’ of cultural heritage objects by increasing access” and that “when there are licensing issues the flow stops“. Understanding IPR is so essential “when every act on the internet is related to copyright licences” and stakes are raised by money being involved. For those approaching the licensing problem in Europeana there are main two steps: knowing the licence of a digital object and knowing who is responsible for that digital object. Prodromos explained that users are left in a worse position not knowing a digital object’s licence than if the object has clearly licensing restrictions. This is primarily due to the costs incurred for searching and negotiation. To conclude Prodromos advocated for tools such as the public domain calculator that aid clarity to licenses and data visualisation tools that support enrichment of data.

Watermarking: state of the art and applications

The following 2 modules were led by the iMinds team – iMinds is a Flanders’ based digital research center with expertise in image security-related standardisation activities. The first presented by Ann Dooms and Frederik Temmermans looked at the application of watermarking. Ann explained that the need for watermarking comes from a requirement for authenticity and provenance sometimes driven by photo scandals. Watermarking is effectively “getting your name in the pixels”, a form of ‘CSI multimedia’! Examining an image more closely shows the pixels within it and variation in colour. Every pixel represented by 3 numbers RGB, offering 256 possibilities. When you photoshop an image these numbers are changed. You need to know particular key and can then read the value within. It is important to remember that watermarking changes your raw image data, not your metadata. Many in the commercial sector are interested in watermarking in an effort to curb stealing of images. Despite many viewing online images as ‘fair game’ Ann was keen to point out that “stealing images is the same as stealing chocolate“. iMinds are advocates of embedding watermarking in the workflow process, avoiding it as a laborious after thought.

Frederik Temmermans went on to explain how Linked Data approaches are being used in this area. iMinds have recently been involved with the JPSearch framework which decouples image metadata from images and provides better interoperability during image search. 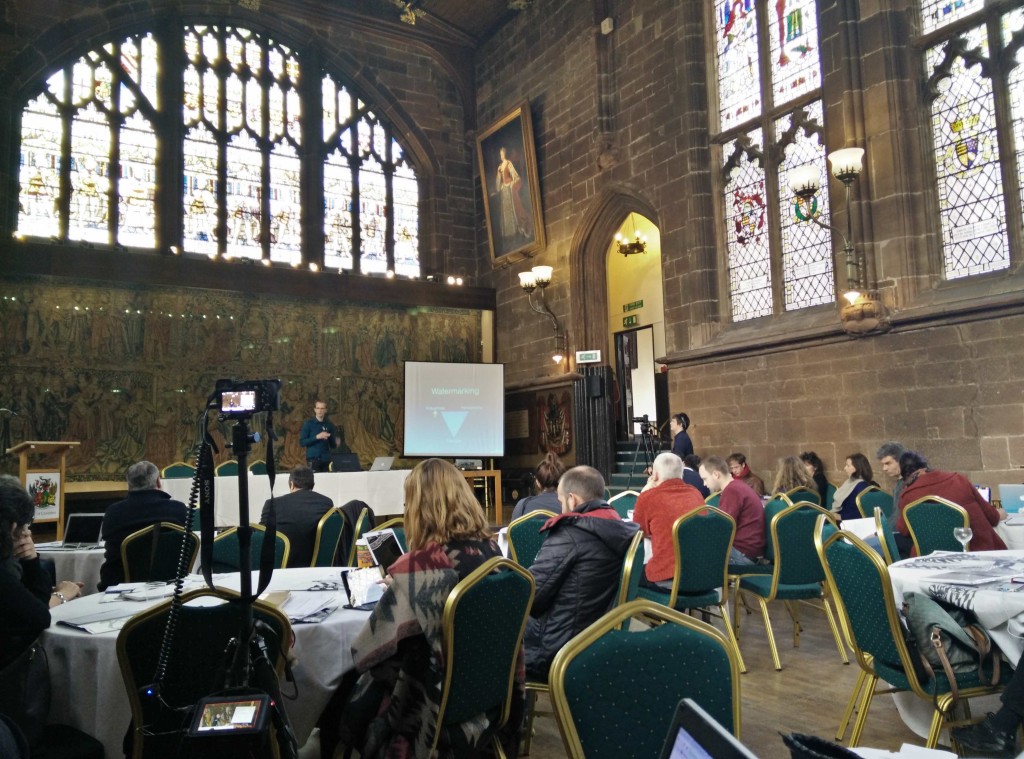 In the final module of the day Peter Schelkens also from iMinds talked about Jpeg standards and technologies for security and interoperability related to ISO, IEC and ITU-T ecosystems. Peter looked at privacy and control issues: for example sensor data is often coupled with images, which has serious implications. As part of the ESpace Project specifications to ensure the security of transaction, protection of contents (IPR), and protection of technologies (IP), and that allow applications to generate, consume, and exchange JPEG Secured bitstreams will be investigated and deployed. Peter spoke of the paradigm shift caused by computational imaging approaches, a change he sees as disruptive for the photography markets as the migration from analog to digital pictures.

Post plenaries we were given the opportunity to discuss some of the challenges that had emerged through the course of the day and opportunities to think about how we could add IPR activities to existing workflow. A number of the break-out groups pointed out that while Cultural Heritage Institutions may not necessarily want to police the use of their images many are interested in tracking content and monitoring reuse. There was some enthusiasm for the idea of a ‘Google analytics for image reuse’. During discussions some interesting case studies were highlighted:

Discussions also surfaced some interesting tools including: Elog.io which provides a way to search that collection by a perceptual hash, which matches an image even if it’s been moved away from Commons, resized, and had its format changed. Culture Cam is a web cam based similarity search tool with the aim of stimulating creative people to access and reuse Europeana content in a fun and playful way. 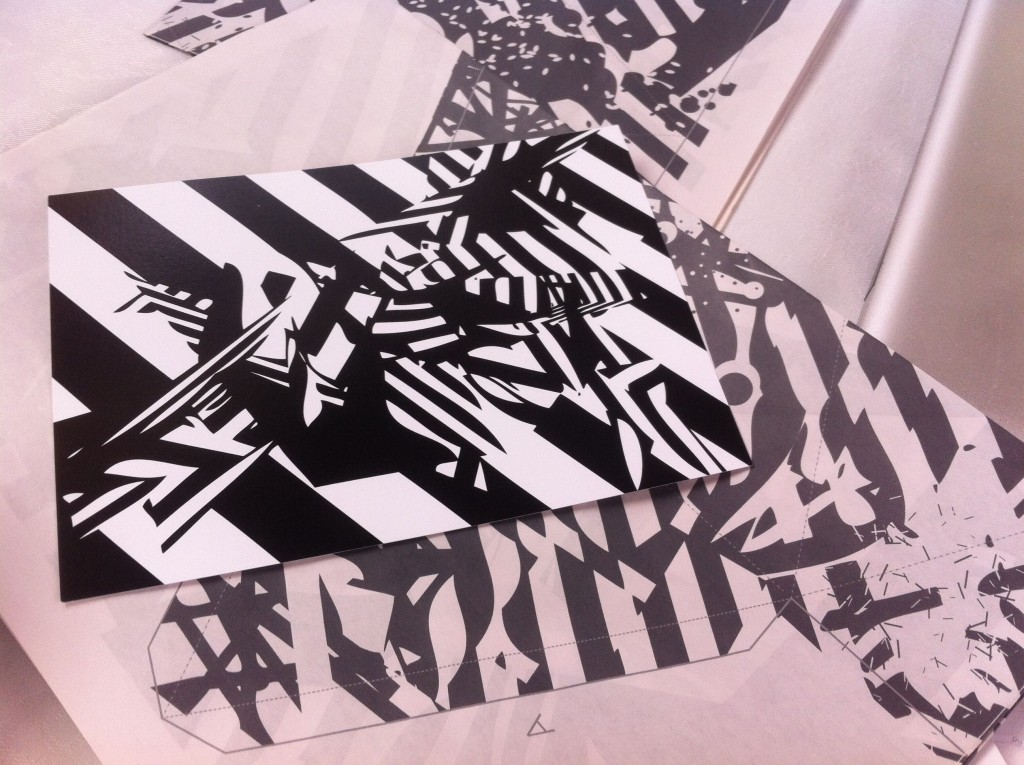 The main conclusion from the break-outs was that there is a need for further clarity regarding IPR and privacy. Many users are unsure of the expectations of different situations and the ESpace Project has a role to play in sharing more explicit ‘rules’ and guidance related to sharing content (here social rules, ideas on boundaries and case-studies were seen to be useful). It was suggested that a tool that it might be pertinent for ESpace pilots or hackathons to develop is an app which shows what data is being collected when an image is uploaded or used.

The ESpace IPR workshop offered some really interesting talks and was a great networking event. As Charlotte Waelde, Professor of Intellectual Property Law at University Of Exeter and Rights management lead for the ESpace Project, finished the day by saying – it had allowed project partners and others outside of the project to consider the tensions the monetisation of Cultural Heritage content is likely to surface and to begin to develop contingency plans for dealing with such challenges.

Open Knowledge is a consultant on the Europeana Space project supporting activities related to open licensing.

Europeana Space has received funding from the European Union’s ICT Policy Support Programme as part of the Competitiveness and Innovation Framework Programme, under GA n° 621037.